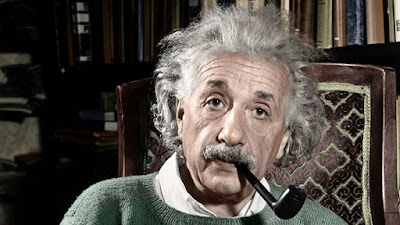 It is not so very important for a person to learn facts. For that he does not really need a college. He can learn them from books. The value of an education in a liberal arts college is not learning of many facts but the training of the mind to think something that cannot be learned from textbooks.

When you trip over love, it is easy to get up. But when you fall in love, it is impossible to stand again.

It is a miracle that curiosity survives formal education.

Freedom of teaching and of opinion in book or press is the foundation for the sound and natural development of any people.

Education is not received. It is achieved.

Everything that is really great and inspiring is created by the individual who can labor in freedom.

I do not much believe in education. Each person ought to be his or her own model, however frightful that may be.

Peace cannot be kept by force; it can only be achieved by understanding.

The problems that exist in this world cannot be solved by the level of thinking that created them.

It is a very grave mistake to think that the enjoyment of seeing and searching can be promoted by means of coercion and a sense of duty.

A society’s competitive advantage will come not from how well its schools teach the multiplication and periodic tables, but from how well they stimulate imagination and creativity.

All that’s different about me is that I still ask the questions most people stopped asking at age five.

I am enough of an artist to draw freely upon my imagination.

The only rational way of educating is to be an example. If one can’t help it, a warning example.

There is only one road to human greatness: through the school of hard knocks.

I was sitting in a chair in the patent office at Bern when all of a sudden a thought occurred to me: “If a person falls freely he will not feel his own weight.” I was startled. This simple thought made a deep impression on me. It impelled me toward a theory of gravitation.

It is the supreme art of the teacher to awaken joy in creative expression and knowledge.

We must begin to inculcate our children against militarism by educating them in the spirit of pacifism. Our schoolbooks glorify war and conceal it’s horror. I would teach peace rather than war.

Education is only a ladder to gather fruit from the tree of knowledge, not the fruit itself.

Common sense is the collection of prejudices acquired by age eighteen.

Try first to be a man of value; success will follow.

The American lives even more for his goals, for the future, than the European. Life for him is always becoming, never being.

The most valuable thing a teacher can impart to children is not knowledge and understanding per se but a longing for knowledge and understanding, and an appreciation for intellectual values, whether they be artistic, scientific, or moral. It is the supreme art of the teacher to awaken joy in creative expression and knowledge. Most teachers waste their time by asking questions that are intended to discover what a pupil does not know, whereas the true art of questioning is to discover what the pupil does know or is capable of knowing.

The only real valuable thing is intuition.

I have tried 99 times and have failed, but on the 100th time came success.

It is every man’s obligation to put back into the world at least the equivalent of what he takes out of it.

I think and think for months and years. Ninety-nine times, the conclusion is false. The hundredth time I am right.

Make everything as simple as possible, but not simpler.

Everything that is really great and inspiring is created by the individual who can labor in freedom.

Strive not to be a success, but rather to be of value.

A person who never made a mistake never tried anything new.

It is intelligent to have a plan, but neurotic to fall in love with it.

Hunger, love, pain, fear are some of those inner forces which rule the individual’s instinct for self-preservation.

You cannot simultaneously prevent and prepare for war.

The equation for ego is: One over Knowledge.

If one studies too zealously, one easily loses his pants.

The release of atomic energy has not created a new problem. It has merely made more urgent the necessity of solving an existing one.

Too many of us look upon Americans as dollar chasers. This is a cruel libel, even if it is reiterated thoughtlessly by the Americans themselves.

Dancers are the athletes of God.

It is the supreme art of the teacher to awaken joy in creative expression and knowledge.

Human beings, vegetables, or cosmic dust, we all dance to a mysterious tune, intoned in the distance by an invisible piper.

On the occasion of Mahatma Gandhi’s 70th birthday. “Generations to come, it may well be,

will scarce believe that such a man as this one ever in flesh and blood walked upon this Earth.

It is a miracle that curiosity survives formal education.

The only thing that interferes with my learning is my education.

Education is what remains after one has forgotten what one has learned in school.

Imagination is more valuable than information.

Imagination is the most powerful force in the universe.

For me a simple message, to think and act with courage, independence and imagination.

To invent something, all you need is imagination and a big pile of junk.

Stupidity is a personal achievement which transcends national boundaries.

If you cannot explain it simply, you do not understand it enough.

We have to do the best we can. This is our sacred human responsibility.

As our circle of knowledge expands, so does the circumference of darkness surrounding it.

If the bee disappeared off the surface of the globe, then man would have only four years of life left.

No scientist thinks in formulae.

I believe my theory of relativity to be true. But it will only be proved for certain in 1981, when I am dead.

The physicist’s greatest tool is his wastebasket.

Our technology has surpassed our humanity

I am convinced there is only one way to eliminate these grave evils, namely through the establishment of a socialist economy, accompanied by an educational system which would be oriented toward social goals.

Learning is the beginning of wealth. Searching and learning is where the miracle process all begins. The great breakthrough in your life comes when you realize it that you can learn anything you need to learn to accomplish any goal that you set for yourself. This means there are no limits on what you can be, have or do.

If you want to live a happy life, tie it to a goal, not to people or things.

I was originally supposed to become an engineer but the thought of having to expend my creative energy on things that make practical everyday life even more refined, with a loathsome capital gain as the goal, was unbearable to me.

I never think of the future – it comes soon enough.

Outer changes always begin with an inner change of attitude.

The future is not a gift-it is an achievement.

He who finds though that lets us penetrate even a little deeper into the eternal mystery of nature has been granted great grace. He who, in addition, experiences the recognition, sympathy, and help of the best minds of his times, had been given almost more happiness than one man can bear.

There comes a time when the mind takes a higher plane of knowledge but can never prove how it got there.

The only reason for time is so that everything doesn’t happen at once.

I never think of the future – it comes soon enough.

I don’t teach my students, I provide the circumstances in which they can learn.

Albert is a very poor student. He is mentally slow, unsociable and is always daydreaming. He is spoiling it for the rest of the class. It would be in the best interests of all if he were removed from school immediately.

If I had my life to live over again, I would elect to be a trader of goods rather than a student of science. I think barter is a noble thing.

The minority, the ruling class at present, has the schools and press, usually the Church as well, under its thumb. This enables it to organize and sway the emotions of the masses, and make its tool of them.

It is our American habit if we find the foundations of our educational structure unsatisfactory to add another story or wing.

The development of general ability for independent thinking and judgment should always be placed foremost, not the acquisition of special knowledge.

The most important method of education always has consisted of that in which the pupil was urged to actual performance.