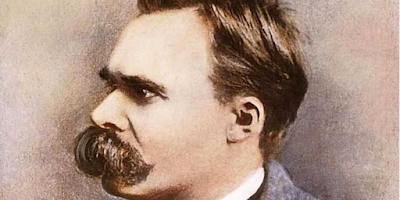 In revenge and in love, woman is more barbarous than man.

Morality is the best of all devices for leading mankind by the nose.

Marriage: that I call the will of two to create the one who is more than those who created it.

It is not a lack of love, but a lack of friendship that makes unhappy marriages.

Of all that is written, I love only what a person has written with his own blood.

What else is love but understanding and rejoicing in the fact that another person lives acts and experiences otherwise than we do?

There is not enough love and goodness in the world to permit giving any of it away to imaginary beings.

Out of damp and gloomy days, out of solitude, out of loveless words directed at us, conclusions grow up in us like fungus: one morning they are there, we know not how, and they gaze upon us, morose and gray. Woe to the thinker who is not the gardener but only the soil of the plants that grow in him.

Whatever is done for love always occurs beyond good and evil.

Nothing on earth consumes a man more quickly than the passion of resentment.

Love is a state in which a man sees things most decidedly as they are not.

I love those who do not know how to live for today.

Sensuality often makes love grow too quickly, so that the root remains weak and is easy to pull out.

One can promise actions, but not feelings, for the latter are involuntary. He who promises to love forever or hate forever or be forever faithful to someone is promising something that is not in his power.

The most general deficiency in our sort of culture and education is gradually dawning on me: no one learns, no one strives towards, no one teaches–enduring loneliness.

Untroubled, scornful, outrageous – that is how wisdom wants us to be: she is a woman and never loves anyone but a warrior.

The trodden worm curls up. This testifies to its caution. It thus reduces its chances of being trodden upon again. In the language of morality: Humility.

Love matches, so called, have illusion for their father and need for their mother.

Marriage marks the end of many short follies – being one long stupidity.

This is the hardest of all: to close the open hand out of love, and keep modest as a giver.

To predict the behavior of ordinary people in advance, you only have to assume that they will always try to escape a disagreeable situation with the smallest possible expenditure of intelligence.

While every noble morality develops from a triumphant affirmation of itself, slave morality from the outset says No to what is “outside,” what is “different,” what is “not itself”; and this No is its creative deed.

Morality is the herd-instinct in the individual.

All names of good and evil are images; they do not speak out, they only hint. He is a fool who seeks knowledge from them.

In Christianity neither morality nor religion come into contact with reality at any point.

You lack the courage to be consumed in flames and to become ashes: so you will never become new, and never young again!

It takes physical courage to indulge in wickedness. The “good” are too cowardly to do it.

Everyone becomes brave when he observes one who despairs.

One must still have chaos in oneself to be able to give birth to a dancing star.

What is the task of higher education? To make a man into a machine. What are the means employed? He is taught how to suffer being bored.

Dancing in all its forms cannot be excluded from the curriculum of all noble education; dancing with the feet, with ideas, with words, and, need I add that one must also be able to dance with the pen?

The lonely one offers his hand too quickly to whomever he encounters.

Rejoicing in our joy, not suffering over our suffering, makes someone a friend.

The man of knowledge must be able not only to love his enemies but also to hate his friends.

I cannot believe in a God who wants to be praised all the time.

The only excuse for God is that he doesn’t exist

In heaven, all the interesting people are missing.

In heaven, all the interesting people are missing.

Whoever fights monsters should see to it that in the process he does not become a monster. And if you gaze long enough into an abyss, the abyss will gaze back into you.

You have your way. I have my way. As for the right way, the correct way, and the only way, it does not exist.

And those who were seen dancing were thought to be insane by those who could not hear the music.

It was a subtle refinement of God to learn Greek when he wished to write a book – and that he did not learn it better.

We do not belong to those who only get their thought from books, or at the prompting of books, — it is our custom to think in the open air, walking, leaping, climbing, or dancing on lonesome mountains by preference, or close to the sea, where even the paths become thoughtful.

It is my ambition to say in ten sentences what others say in a whole book.

Very early in my life I took the question of the relation of art to truth seriously: even now I stand in holy dread in the face of this discordance. My first book was devoted to it. The Birth of Tragedy believes in art on the background of another belief

Words are but symbols for the relations of things to one another and to us; nowhere do they touch upon absolute truth…. Through words and concepts we shall never reach beyond the wall off relations, to some sort of fabulous primal ground of things.

The danger of our culture.- We belong to a period of which the culture is in danger of being destroyed by the appliances of culture.

The higher culture an individual attains, the less field there is left for mockery and scorn.

The Germans are incapable of any conception of greatness: proof Schumann.

Without meaning, without substance, without aim: a mere ‘public opinion’.

Friedrich Nietzsche Quotes on Self Esteem

One does not hate so long as one continues to rate low, but only when one has come to rate equal or higher.

What we do in dreams we also do when we are awake: we invent and fabricate the person with whom we associate-and immediately forget we have done so.

When marrying, ask yourself this question: Do you believe that you will be able to converse well with this person into your old age? Everything else in marriage is transitory.