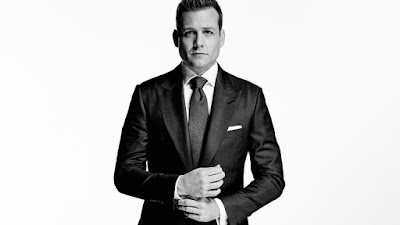 I don’t get lucky; I make my own luck.

I’m not about caring, I’m about winning.

It’s not a problem if you always win.

It’s going to happen because I’m going to make it happen.

It’s not bragging if it’s true.

In order fo you to insult me, I would have to care.

Win a no win situation by rewriting the rules.

Be a risk taker

When you’re backed against the wall, break the god damn thing down.

Work until you no longer have to introduce yourself.

Depends of the people you care for. Besides, i rest peacefully knowing that having cared for somebody might have helped that person. Even if I’m being walked over. That’s the risk I’m willing to take. Often believing in the goodness of one helps to avoid that. You get what you wish for.

I think caring is a weak characteristic. To not care is to be free of caring, to be indifferent, and in thatstate nothing holds power over you. In my opinion you shouldn’t care, but you shall still be kind and give to others.

Caring and kindness is an attribute of the strong not the weak. It is not strong to be heartless. It is hard to care because people will walk over you but that does not mean you should stop. That’s quitting and weak.

I also agree with the quote ”A caring person means you can always get walked over”. If you didn’t care in the first place, it wouldn’t affect you.

You always have a choice.

Sorry, I can’t hear you over the sound of how awesome I am.

The only time success comes before work is in the dictionary.

I am an exception.

That’s the difference between you and me, you wanna lose small, I wanna win big.

Loyalty is a two-way street. If I’m asking for it from you, then you’re getting it from me.

I Don’t Have Dreams, I Have Goals.

Play the man, not the odds

Win your battles before they’ve even been fought

Do what you have to do

The only time success comes before work is in the dictionary.

The law is the law, the truth is subjective.

People respond to how we’re dressed, so like it or not this is what you have to do.

I’m Against Having Emotions ,Not Against Using Them

What are your choices when someone puts a gun to your head? What are you talking about? You do what they say or they shoot you. WRONG. You take the gun, or you pull out a bigger one. Or, you call their bluff. Or, you do any one of a hundred and forty six other things.

WHEN JESSICA TOLD HARVEY SHE FELT BETRAYED BY HIM

WHEN HARVEY FIRST TOLD HIS THERAPIST ABOUT HIS MOTHER’S BETRAYAL