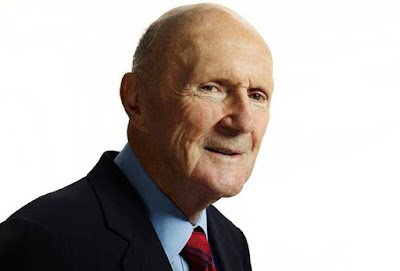 I think I’m going to refrain from criticizing Apple too much. I mean, that’s been a pretty great company.

I came to the conclusion that it was unlikely that a man as really awful as I think that Steve Jobs was could possibly create a great company for the long term. I just don’t believe bad guys do well in the long run

I’ve got less respect for our politicians, for instance, who are not worried or apparently don’t even consider the fact that Apple and a lot of the other good technology companies are going to create an automatic car. Think of the jobs that’s going to cause to be gone.

I don’t see any particular sweet spot. But I do see sweet stocks that I really love and like and think are going to do well. And one is a company that probably makes that beautiful toenail polish you’ve got on. A company called Ulta. And it has just beautiful beauty salons all over the country

In baseball, you can hit 40 home runs on a single-A-league team and never get paid a thing. But in a hedge fund, you get paid on your batting average. So you go to the worst league you can find, where there’s the least competition

Accounting was the course that helped me more than anything.

I suppose if I were younger, I would be investing in Africa.

I think, definitely, this country needs a lower corporate tax rate and tax reform so that we can get our profits that we’ve made overseas back into the country without heavy penalties. And if that happens, I think that would be very good for the market and all of that.

I think social media is very long-lasting. I just don’t know the particular thing with Twitter.

When I got out of the Navy… all those hotshots, the guys that were really smart and attractive and all that, guess where they were going? They were going into advertising. That was the hot thing then

I have always regrets about selling anything of Reed Hastings because he’s really a good manager and a great capitalist.

It’s definitely much harder to run a hedge fund today than it used to be, in my opinion. That’s because there are more hedge funds to compete with.

Hedge funds are other hedge funds’ toughest competition. And there are just more of them, and it’s tougher and tougher all along.

I know Eric Schmidt, and he has different political views from mine. But I think he’s a terrific guy.

We had a field day before anyone knew anything about shorting. It was almost a license to steal. Nowadays, it’s a license to get hosed.

Digital Globe is, I think, a really great company. And it’s had its virtual monopoly in the area where it is.

The man I respect the most in the business – and he’s in the hedge fund business – is probably Stan Druckenmiller. He’s just so smart and so good and so up on everything. I think he’s fantastic investor.