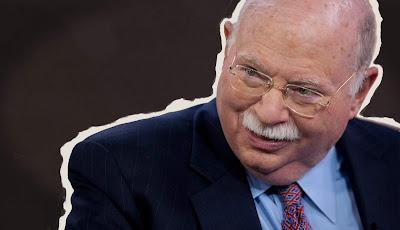 Part of my attraction to ancient art is that there is an element of risk, of speculation.

The hardest thing over the years has been having the courage to go against the dominant wisdom of the time, to have a view that is at variance with the present consensus and bet that view.

The markets are always changing, and the successful trader needs to adapt to these changes.

When your views are truly contrarian, they are inevitably uncomfortable. Courage and the ability to withstand pain are required.

A good trader has to have three things: a chronic inability to accept things at face value, to feel continuously unsettled, and to have humility.

I hope he has the breadth to do it

I do an enormous amount of trading, not necessarily just for profit, but also because it opens up other opportunities. I get a chance to smell many things. Trading is a catalyst.

One of the most important analytic tools when assessing an investment is an intellectually advantaged disparate view. This includes knowing more and perceiving the situation better than others do. It is also critical to have a keen understanding of what the market expectations for any investment truly are. Thus, the process by which a disparate perception, when correct, becomes consensus should lead to meaningful profit. Understanding market expectation is at least as important as, and often different from fundamental knowledge.

A little part of my life is built around ancient art.

If you see a wonderful archaic Greek marble object in a museum, it’s not only that it’s beautiful, but what comes to your mind is the fact that it’s 2,600 or so years old, and it was done by a human being at that time who you have such a limited ability to grasp – and yet you have this enormous ability to grasp.

Do not make small investments. If you are going to put money at risk, make sure the reward is high enough to justify the time and effort you put into the investment decision.

Speculative joy, the joy derived from being right and being rewarded, may well be similar to the rush felt by a winning gambler.

In North America, the greatest threat to the Jewish people is not the external force of antisemitism, but the internal forces of apathy, inertia and ignorance of our own heritage.

You have to be intellectually honest with yourself and others. In my judgment, all great investors are seekers of truth.

The hardest thing over the years has been having the courage to go against the dominant wisdom of the time to have a view that is at variance with the present consensus and bet that view. The hard part is that the investor must measure himself not by his own perceptions of his performance, but by the objective measure of the market. The market has its own reality. In an immediate emotional sense the market is always right so if you take a variant point of view you will always be bombarded for some time by conventional wisdom as expressed by the market.

The Orthodox believe in Jewish literacy, and most of the rest of us couldn’t care less. Rabbis and other creatures have a monopoly on Judaism. This is a turnoff in a world that is increasingly secular and that has turned away from religion. Jews are simply turning away from Judaism.

A little part of my life is built around ancient art.

Be intellectually competitive. The key to research is to assimilate as much data as possible in order to be to the first to sense a major change.

Make all your mistakes early in life. The more tough lessons early on, the fewer errors you make later.

Always trust your intuition, which resembles a hidden supercomputer in the mind. It can help you do the right thing at the right time if you give it a chance.

Somehow, in a business [securities trading] so ephemeral, the notion of going home each day, for as many days as possible, having made a profit – that’s what was so satisfying tome.

Good investing is a peculiar balance between the conviction to follow your ideas and the flexibility to recognize when you have made a mistake.

I was happier when pursuing success than I was when savoring its fruits; the attraction, perhaps the addiction, was in the process, as much as in its end.

Now people are charging much fancier fees, and they do not make the same demands on themselves. I was always anxious that my fees were egregious and that I had to have the best performance in the world to justify them.

Always make your living doing something you enjoy.

In the 1950s and 1960s, the heroes were the long-term investors; today the heroes are the wise guys.

Just as outright euphoria is often a sign of a market top, fear is for sure a sign of a market bottom. Time and time again, in every market cycle I have witnessed, the extremes of emotion always appear, even among experienced investors. When the world wants to buy only treasury bills, you can almost close your eyes and get long stocks.

Time and again, in every market cycle I have witnessed, the extremes of emotion always appear, even among experienced investors. When the world wants to buy only [bonds], you can almost close your eyes and [buy] stocks.

Anyone who thinks he can formulate a success in this market is deluding himself because it changes too quickly. As soon as a formula is right for any length of time, its own success carries the weight of its inevitable failure.