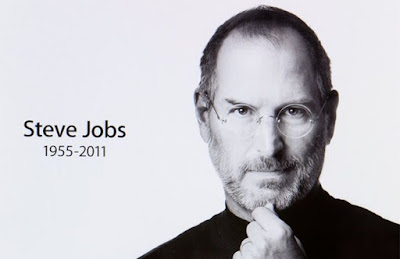 The desktop computer industry is dead. Innovation has virtually ceased. Microsoft dominates with very little innovation. That’s over. Apple lost. The desktop market has entered the dark ages, and it’s going to be in the dark ages for the next 10 years, or certainly for the rest of this decade.

I’ve always wanted to own and control the primary technology in everything we do.

I’m sorry, it’s true. Having children really changes your view on these things. We’re born, we live for a brief instant, and we die. It’s been happening for a long time. Technology is not changing it much – if at all.

It’s really hard to design products by focus groups. A lot of times, people don’t know what they want until you show it to them.

Technology is nothing. What’s important is that you have a faith in people, that they’re basically good and smart, and if you give them tools, they’ll do wonderful things with them.

It’s technology married with liberal arts, married with the humanities, that yields us the results that make our heart sing.

I think the biggest innovations of the 21st century will be at the intersection of biology and technology. A new era is beginning.

My kids accuse me and my wife of being fascists and overly concerned about tech, and they say that none of their friends have the same rules… That’s because we have seen the dangers of technology firsthand. I’ve seen it in myself, I don’t want to see that happen to my kids.

An iPod, a phone, an internet mobile communicator… these are NOT three separate devices! And we are calling it iPhone! Today Apple is going to reinvent the phone. And here it is.

To turn really interesting ideas and fledgling technologies into a company that can continue to innovate for years, it requires a lot of disciplines.

The over-all point is that new technology will not necessarily replace old technology, but it will date it. By definition. Eventually, it will replace it. But it’s like people who had black-and-white TVs when

I’m one of the few people who understands how producing technology requires intuition and creativity, and how producing something artistic takes real discipline.

color came out. They eventually decided whether or not the new technology was worth the investment.

Right now the new is you, but someday not too long from now, you will gradually become the old and be cleared away. Sorry to be so dramatic, but it is quite true.

Your customers dream of a happier and better life. Don’t move products. Instead, enrich lives.

Pursue your dreams and see the opportunities in life’s setbacks.

Each dream you leave behind is a part of your future that will no longer exist.

Steve Jobs Quotes on Entrepreneurship
Believe things will work out. How was I ever to know that the girl who broke my heart in university would lead to my soulmate? How was I to know that the ‘dream job’ I was rejected from out of college would lead me to a year of entrepreneurship and adventure in Spain? How was I to know that taking a miserable job back in the states would be just the push I needed to vow to never do something I wasn’t passionate about again? Everything works out. I mean everything. As long as you believe it will. When you do, you will find the silver lining. That will take you to the next level.

If a user is having a problem, it’s our problem.

Steve Jobs Quotes on Leaders and Ice Cream
If you want to make everyone happy, don’t be a leader – sell ice cream

We limit how much technology our kids use at home.

I would trade all of my technology for an afternoon with Socrates.

What a computer is to me is the most remarkable tool that we have ever come up with. It’s the equivalent of a bicycle for our minds.

Steve Jobs Quotes about Innovation
We’re just enthusiastic about what we do.

Innovation distinguishes a leader from a follower.

Innovation distinguishes between a leader and a follower.

Steve Jobs Quotes on Hard Work
It takes a lot of hard work to make something simple.

Don’t settle, as with all matters of the heart you’ll know when you find it

If you haven’t found it yet, keep looking.

The only way to do great work is to love what you do. If you haven’t found it yet, keep looking. Don’t settle.

Steve Jobs Quotes on Passion
of passion about this, you’re not going to survive. You’re going to give it up. So you’ve got to have an idea, or a problem or a wrong that you want to right that you’re passionate about; otherwise, you’re not going to have the perseverance to stick it through.

I’m convinced that about half of what separates the successful entrepreneurs from the non-successful ones is pure perseverance…. Unless you have a lot

Inspirational Quotes by Steve Jobs
I want to put a ding in the universe.

Sometimes life hits you in the head with a brick. Don’t lose faith.

Your time is limited, so don’t waste it living someone else’s life.

Don’t let the noise of others’ opinions drown out your own inner voice.

Steve Jobs Quotes on Education
Of course it was impossible to connect the dots looking forward when I was in college. But it was very, very clear looking backwards 10 years later.

School was pretty hard for me at the beginning.

The most important thing is a person. A person who incites your curiosity and feeds your curiosity; and machines cannot do that in the same way that people can.

I know from my own education that if I hadn’t encountered two or three individuals that spent extra time with me, I’m sure I would have been in jail.

Steve Jobs Quotes on Quality
Everything is based on a simple rule: Quality is the best business plan, period.

Our approach is to think of companies not as businesses but as collections of people. We [Apple]want to qualitatively change the way people work. We don’t just want to help them do word processing faster or add numbers faster. We want to change the way they can communicate with one another. We’re seeing less paper flying around and more quality of communication.

Quality is more important than quantity. One home run is much better than two doubles.

Steve Jobs Quotes on Simplicity
That’s been one of my mantras – focus and simplicity. Simple can be harder than complex: You have to work hard to get your thinking clean to make it simple. But it’s worth it in the end because once you get there, you can move mountains.

I know you have 1000 great ideas for things that iTunes could do. And we have 1000 more. But innovation is not about saying “yes” to everything. It’s about saying “no” to all but the most crucial features.

Focus and simplicity…once you get there, you can move mountains.

Simplicity is the ultimate sophistication– Steve Jobs turned this into the slogan behind an early Mac advertising campaign. Which doesn’t make it less true.

Everybody in this country should learn how to program a computer, because it teaches you how to think.

Everything around you that you call life was made up by people that were no smarter than you and you can change it, you can influence it, you can build your own things that other people can use.

If you are working on something exciting that you really care about, you don’t have to be pushed. The vision pulls you.

My job is not to be easy on people. My job is to take these great people we have and to push them and make them even better.

If you keep your eye on the profit, you’re going to skimp on the product. But if you focus on making really great products, then the profits will follow.

Your time is limited, so don’t waste it living someone else’s life.

Being the richest man in the cemetery doesn’t matter to me. Going to bed at night saying we’ve done something wonderful, that’s what matters to me.

I think we’re having fun. I think our customers really like our products. And we’re always trying to do better.

The people who are doing the work are the moving force behind the Macintosh. My job is to create a space for them, to clear out the rest of the organization and keep it at bay.

I think if you do something and it turns out pretty good, then you should go do something else wonderful, not dwell on it for too long. Just figure out what’s next.

You have to trust in something – your gut, destiny, life, karma, whatever. This approach has never let me down, and it has made all the difference in my life.

Steve Jobs Quotes Do What you Love

Your work is going to fill a large part of your life, and the only way to be truly satisfied is to do what you believe is great work. And the only way to do great work is to love what you do. If you haven’t found it yet, keep looking. Don’t settle. As with all matters of the heart, you’ll know when you find it.

Great things in business are never done by one person, they’re done by a team of people.

Sometimes when you innovate, you make mistakes. It is best to admit them quickly, and get on with improving your other innovations.

If you keep your eye on the profit, you’re going to skimp on the product. But if you focus on making really great products, then the profits will follow.

If you wanna hire great people and have them stay working for you, you have to be run by ideas, not hierarchy. The best ideas have to win; otherwise good people don’t stay.

You have to trust in something your gut, destiny, life, karma, whatever. This approach has never let me down, and it has made all the difference in my life.

Sometimes life hits you in the head with a brick. Don’t lose faith.